Throughout the school year the children from The Bramptons take part in lot of sporting events against other small school in the County. 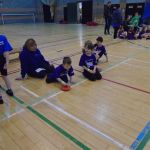 On 24th February 2020 four of our children took part in the finals of a School Games New Age Kurling Competition. Having won through to the quarter finals and semi finals they all played amazingly well in the final and finish 3rd. This is a fantastic achievement, particularly as 80 schools took part in the competition, many of which were much larger than The Bramptons. We are extremely proud of all of them, they are a credit to the school. 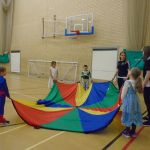 On 11th February 2020 a group of children from KS1 took part in a Multi-skills Festival at Moulton School. It involved a circuit of various fundamental movement skills, with a focus on superheroes. The children that participated dressed up as their favourite superheroes and they all tired hard and persevered with the activities. 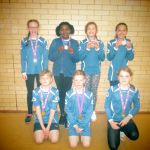 On 26th November some of our Year 5 & 6 children participated in a Dodgeball tournament at Moulton School. They did amazingly well and won the tournament. They all showed real perseverance, behaved brilliantly and were a credit to the school. Well done to them all. 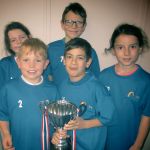 On 25th November some of our children that attend Hockey Club took part in a Hockey Tournament at Moulton College. They competed against other schools, some of which were much bigger than The Bramptons, and they won! They all played extremely well and were a credit to the school. Well done to them all. 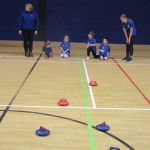 On 13th November 2019, four children from KS1 took part in a Kurling Competition at Guilsborough Secondary School. They did an amazing job and came second which means that they go through to the finals. They represented the school extremely well and we are proud of them all. 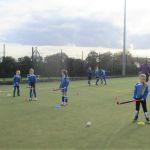 On 16th October 2019, 15 of our children from Years 3 & 4 participated in a Hockey Festival at The Parker E-Act Academy in Daventry. The children worked hard to improve the Hockey skills that they had learnt at Hockey Club and in PE, and also learned some new ones. 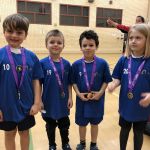 On 8th October 2019 four children in Class 1 took part in a New Age Kurling Competition at Moulton School. The children won the competition beating the other teams from the cluster schools and they now go forward to the next round. Well done to them all, they did a brilliant job and we are proud of them.

On 9th July six children from Years 5/6 took part in a Go Ride Cycling Event. They took part in a number of races against teams from five other primary schools. They all did extremely well and were a credit to the school. 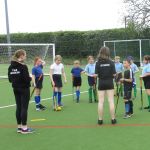 On 1st May 2019 10 children from Years 3 & 4 took part in a Quicksticks Hockey Competition at Moulton School. They competed against other schools on the Daventry South Cluster. They played with determination and as a result they played really well with one team finishing 5th and the other finishing 8th. Well done to them all! 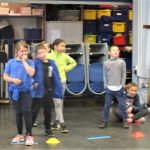 On 4th April 2019 the children in Class 2 took part in an inter-house Athletics Competition. They participated in distance, sprint, jumping and throwing events. After a close competition the Jaguars were victorious!